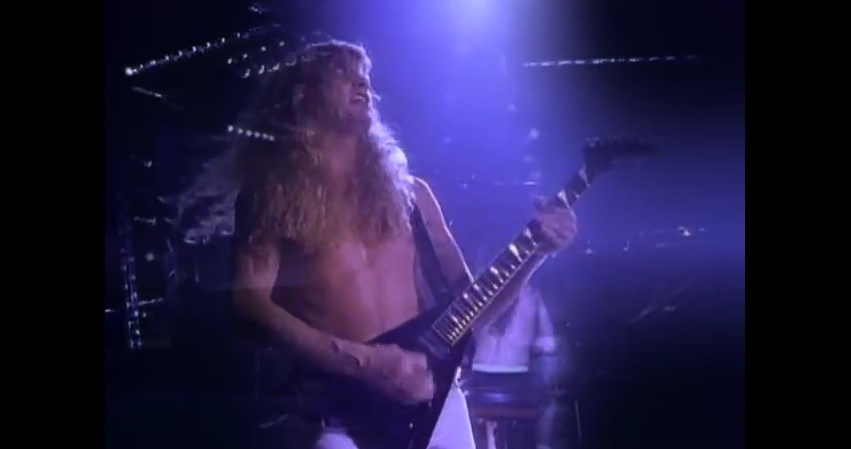 Megadeth is one of “The Big Four”, a term given to the four most influential Thrash Metal bands of the 1980’s on! The other three were Metallica, Anthrax and Slayer! 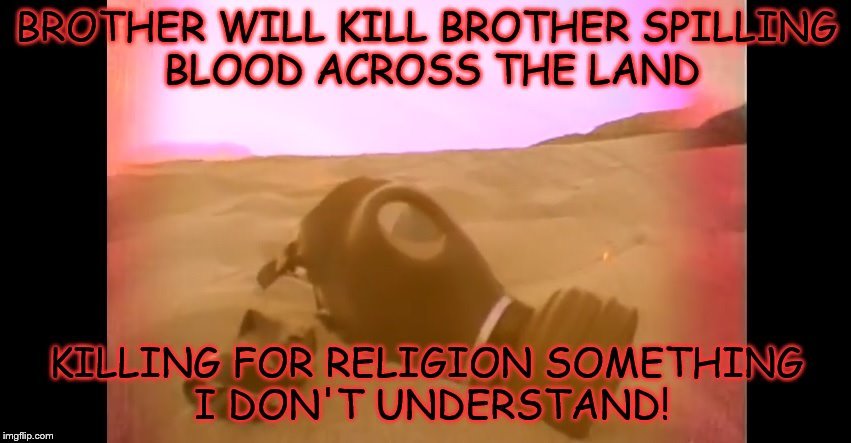 Fools like me, who cross the sea
And come to foreign lands
Ask the sheep, for their beliefs
Do you kill on God’s command?

A country that’s divided
Surely will not stand
My past erased, no more disgrace
No foolish naive stand

The end is near, it’s crystal clear
Part of the master plan
Don’t look now to Israel
It might be your homelands

Holy wars
Upon my podium, as the
Know it all scholar
Down in my seat of judgement
Gavel’s bang, uphold the law
Up on my soapbox, a leader

Out to change the world
Down in my pulpit as the holier
Than-thou-could-be-messenger of God
Wage the war on organized crime
Sneak attacks, repel down the rocks
Behind the lines
Some people risk to employ me
Some people live to destroy me
Either way they die, they die

They killed my wife, and my baby
With hopes to enslave me
First mistake, last mistake!
Paid by the alliance, to slay all the giants
Next mistake, no more mistakes
Fill the cracks in, with judicial granite
Because I don’t say it,
Don’t mean I ain’t thinkin’ it
Next thing you know, they’ll take my thoughts away
I know what I said, now I must scream of the overdose
And the lack of mercy killings