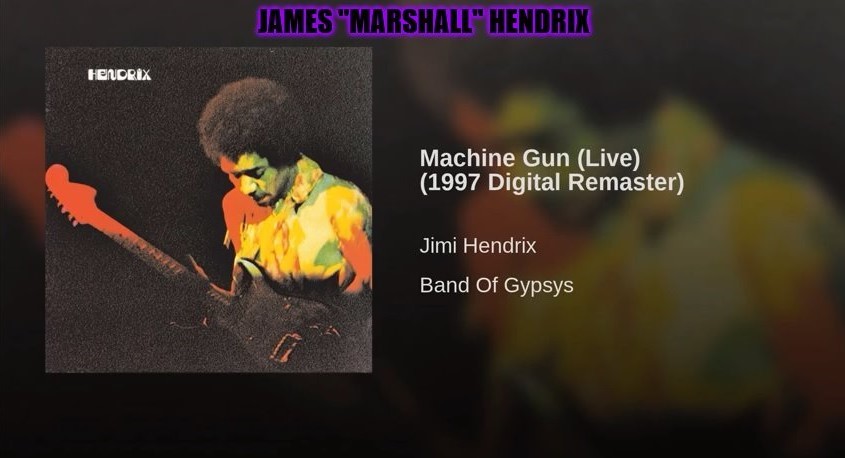 This is an audio recording of Jimi Hendrix performing “Machine Gun” live, digitally remastered in 1997. The original recording was recorded January 1st 1970 at the Fillmore East in New York City. This was Jimi’s first live performance with Band of Gypsys, and the first without his original band.

The performance was later released as a full-length album which sadly would be his last album released before his death. Previously, Mitch Mitchell was playing drums and Noel Redding was on bass.

For this project Jimi Hendrix teamed up with Billy Cox on bass and Buddy Miles on drums. This project heavily influenced music later to come! Personally this is one of my favorites, let me know what you think!

So? “Machine Gun” still remains one of my favorite Jimi Hendrix recordings of all time! I hope you enjoyed this classic recording of one of the all time greatest guitar players ever to play music for us!